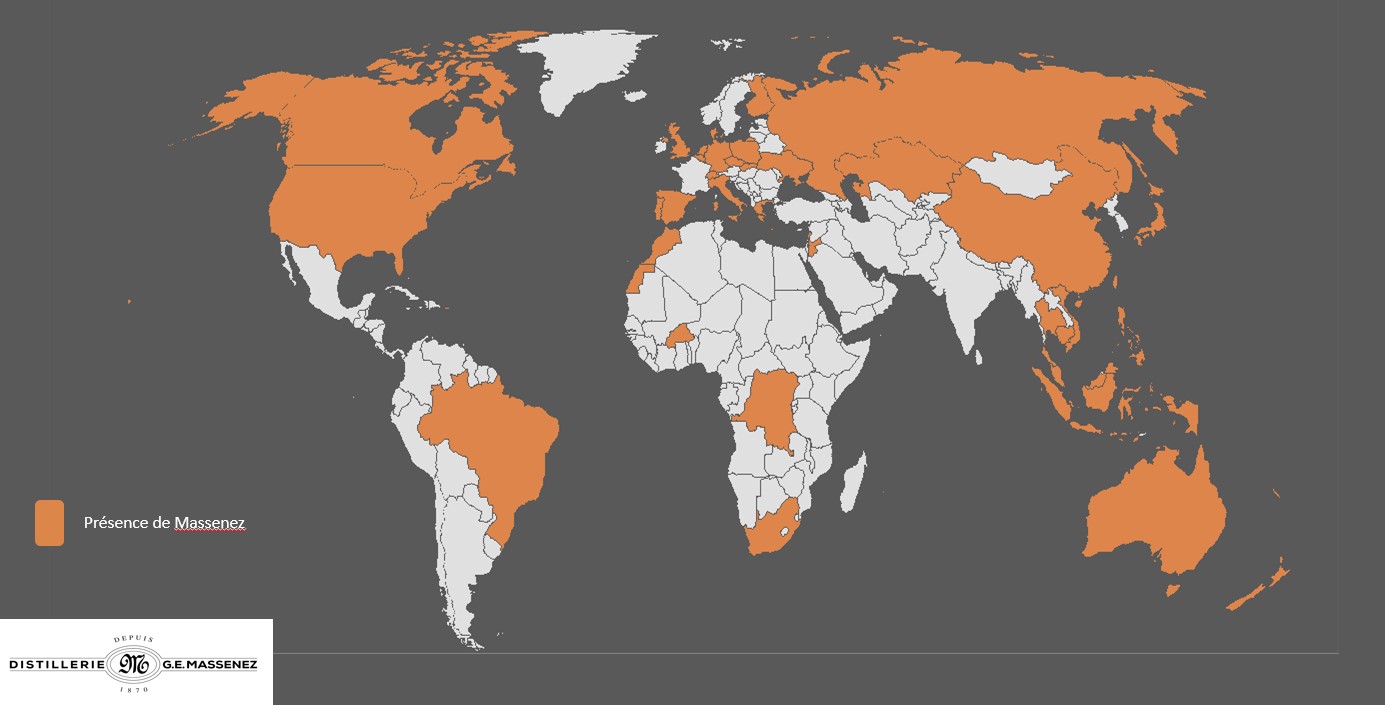 At the same time gifted to keep his business running smoothly and to invest in ultra-modern production tools, Gabriel Massenez also had an innate business sense! Massenez was, for example, the only brand of Eau-de-Vie aboard the liner Le France, a true symbol of French industrial strength and inaugurated in person by General de Gaulle in 1960.

The Massenez image will then be very present in the Duty Free thanks to the investment of Gabriel Massenez in the 1st trade shows in the 80s. Massenez then became a reference on board airlines such as Air France, Lufthansa, SwissAir, British Airways, Sabena, Cathay Pacific, Singapore Airline… Massenez was also served aboard the Concorde.

Thanks to his meeting with Michel Dreyfus, 1st importer of Wine and Champagne in the USA, Gabriel will succeed in exporting his Eaux-de-Vie and make the Maison of Dreyfus Ashby the 1st customer of the Distillerie Massenez. This house, established in New-York, distributes French Wines and Spirits throughout the United States and is still today the best customer of Massenez!

A great friend of Freddy Girardet, one of the biggest names in world gastronomy, Gabriel Massenez easily imposes his Eaux-de-Vie on Swiss restaurateurs, particularly the Framboise Sauvage, which is still little known in this country.

The adventure continues in Germany, with another great chef close to Gabriel and recognized as “Cook of the Century” in the same way as Bocuse: Eckart Witzigmann. In spite of the strong German presence on the Eaux-de-Vie market, the name Massenez stands out for its incomparable quality and differentiates itself by its fine and delicate Eaux-de-Vie. Similarly, the great Austrian tables follow this trend, influenced by the great fashion of French gastronomy.

On the strength of this international success, Gabriel Massenez decided to tackle the Asian market with two flagship products: Wild Raspberry Eau-de-Vie and Prisoner Pear!

A real feat for the time because the Raspberry is a fruit that is totally unknown in Asia. As for the Prisoner Pear, it fascinates by the bottling of the Pear still on the tree and the quality of its Eau-de-Vie.

Massenez then extends to Tahiti, on the Fiji Islands…