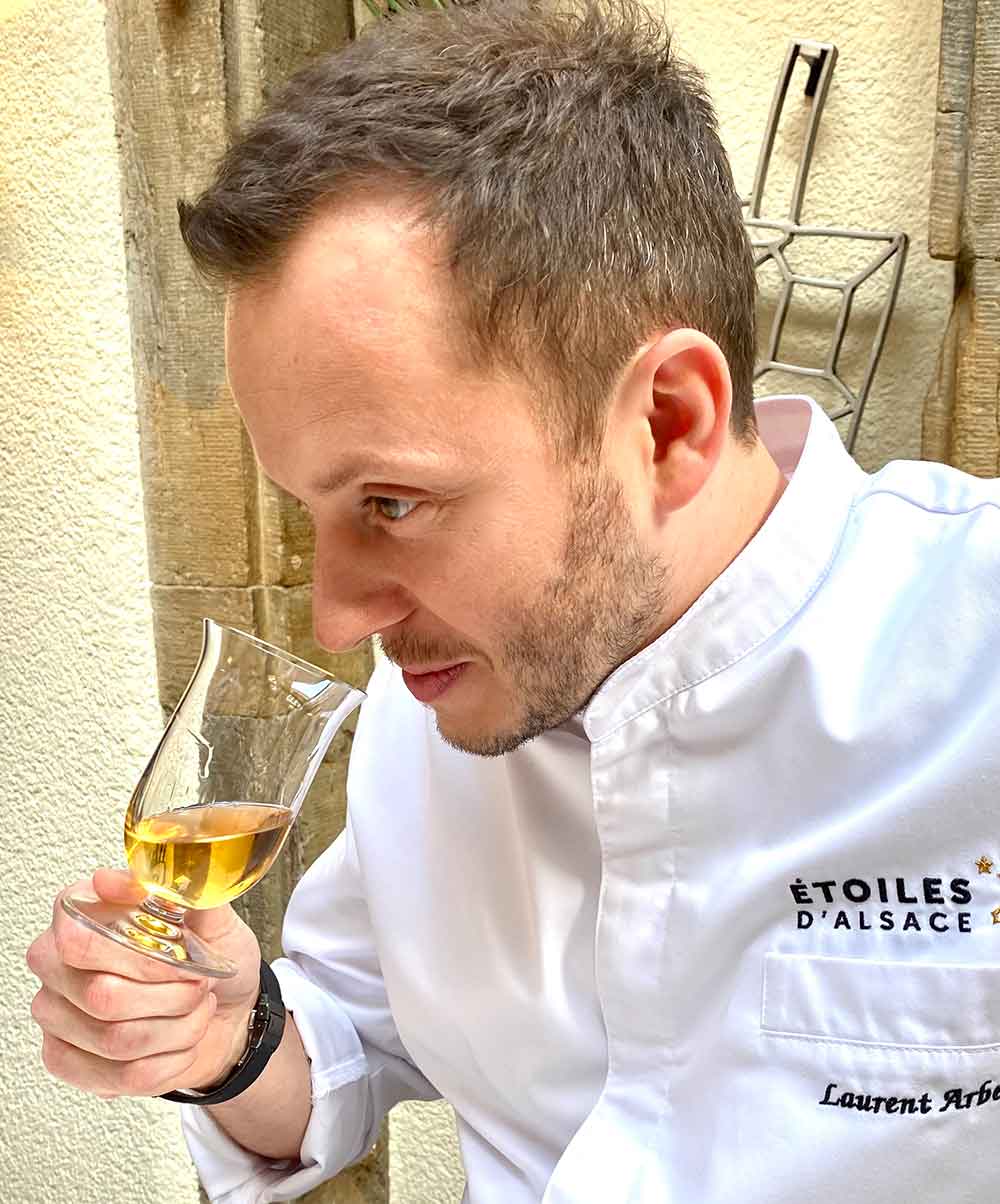 Laurent Arbeit, how was the meeting with the Maison Massenez? L.A: The history of the Auberge St Laurent with the Maison Massenez is historical, I always grew up knowing and having affinities with the Maison Massenez. My own story began when I had the chance to meet Bernard and Elodie, a meeting more friendly than professional. One day, I stopped to see them at the distillery and then we had – via the Etoiles Alsace – a General Assembly in their premises, which allowed us to discover the manufacturing process, to have a real explanation about the quality of the products.

It doesn’t take much more than that for the story to start, “a story of friendship and quality products is generally what makes for 2 families of enthusiasts a solid bond of friendship.

What was the meaning of your approach when you went to the distillery? L.A: Meeting the producer is a bit like going to the farm in the morning to get the milk, it’s to understand what motivates you. I find that we don’t speak well, we only work well on a product when we feel respect, a certain admiration, and it seems obvious to me to understand the story, especially when we have the chance to work on beautiful products, to have a story to tell, to assimilate and transcribe when we offer it to our customers, in our premises.

I had the chance to do my apprenticeship at the Auberge de l’Ill, with Marc Haeberlin, it was obvious and what you learn then you think that’s how you have to do it again. In my recipes, I tend to use what I’ve learned in training and I try to pass on and appropriate what I’ve been taught. And precisely to reinforce or give depth with a liqueur, an eau-de-vie, it makes complete sense if you have the regional proximity, especially now with the locavores. The past generations already did it before us and we are in the continuity.

For the 150th anniversary of the Maison Massenez you have created a dessert, can you tell us about it? L.A: Massenez is historic… this longevity of 150 years, I’m a big fan so Happy Birthday because it’s admirable. Old but not old: 150 years is far from old for a house when it’s been taken over with new blood as it is.

But when it’s a new generation, it must assert itself, breathe its dynamism, its point of view, its fresh blood in order to stay in the era of time. It’s a beautiful lesson to take on board for a house like mine, it’s very inspiring and when I was asked to take part in the 150th anniversary celebrations, I was in doubt as to whether I should do something historic or show that 150 years is the time to start afresh.

What did you like about the liqueur (editor’s note: Dom Pacello) you chose? L.A: I had the chance to taste this liqueur among the first. I’m a fan of cognac and orange, these are products that have a real character but we need elegance, freshness, vivacity… we’re no longer looking for heavy things and the master stroke of the Maison Massenez for Dom Pacello is a freshness, a real depth in the taste.

The citrus fruits consommé: 150 g water / 25 g sugar / 1 lime zest + 1 orange zest Bring the ingredients to the boil, then set aside in the fridge.

Dressage: Unmould the cream in a soup plate. Arrange the orange supremes all around. Add the sorbet. Decorate with lemon gel, place the opaline and decorate. At the table, pour the consommé over the oranges. 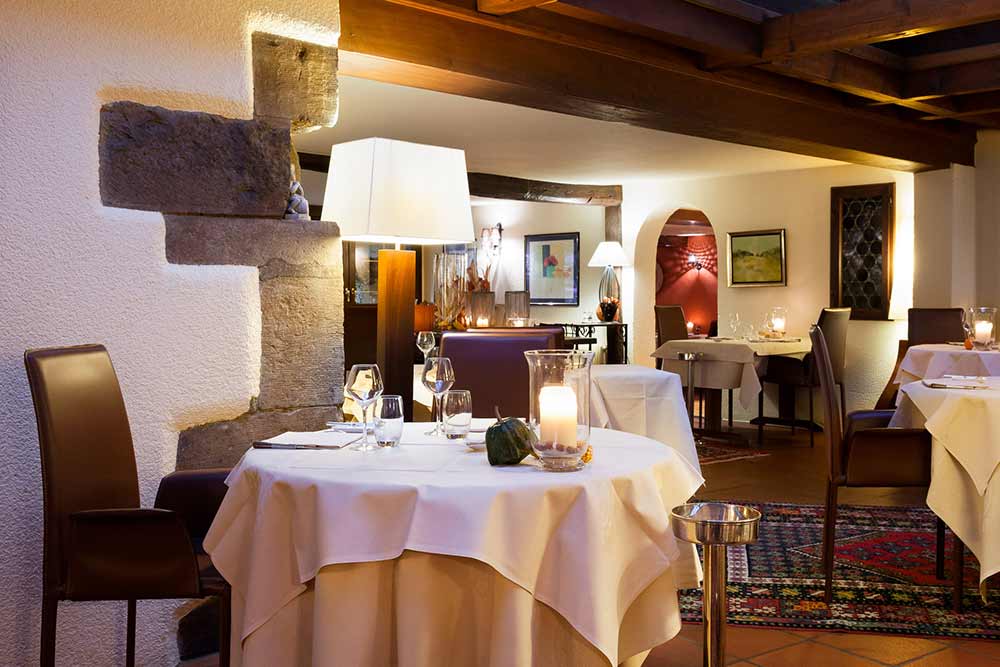